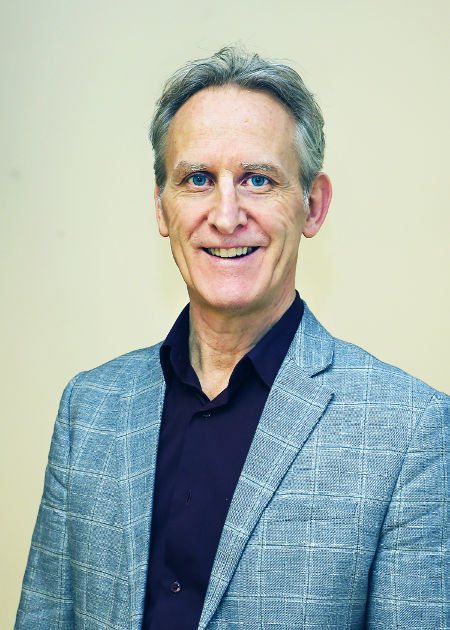 M.R.C.G.P.,M.I.C..G.P., D.C.H., D.Obs, F.P.C., D.P.Dermatology. Dr Buckley is a General Practitioner who has developed a special interest and expertise in Dermatology and Allergic Disorders.

Dr David Buckley obtained his basic medical degree from the National University of Ireland (Dublin) in 1982. He then spent a year working as a junior house officer in St. Vincent’s Hospital, Dublin in medicine, dermatology and surgery. He joined the Dublin Vocation Training Scheme in General Practice in 1983 and spent the next three years specialising in general practice. This included twelve months working as a senior house officer in the Mater Hospital, Dublin (Accident and Emergency and Dermatology), six months in the National Maternity Hospital (Holles Street) and six months in the National Children’s Hospital (Temple Street). During this time he obtained a diploma in obstetrics, a diploma in child health and a family planning certificate. He then spent a year working in a busy inner city Dublin general practice in Dolphin’s Barn under the mentorship of Professor Fergus O’Kelly.

Dr Buckley then spent two years doing voluntary work with the Irish government agency APSO (Agency for Personnel Services Overseas) in a rural mission hospital in the north of Kenya. Dr Buckley was the chief medical officer in this busy one hundred bed hospital where there were more deliveries per year than in Kerry General Hospital. Dr Buckley worked with one other doctor and a team of nurses and healthcare assistants where he gained invaluable experience in obstetrics, surgery, paediatrics, general medicine, trauma and tropical medicine.

On returning to Ireland in 1989, Dr Buckley set up a new practice in Ashe Street, Tralee, Co Kerry. Through a combination of hard work, perseverance and good patient care, the practice has now grown into The Ashe Street Clinic, which is one of the first multi-disciplinary medical practices in Kerry, offering not just general practice services but also a number of other specialist services including dentistry, counselling, audiology, dermatology, an aesthetic laser clinic and an allergy clinic.

Dr Buckley has continued to develop his professional career over the years. He did a diploma in practical dermatology at the University Of Wales College Of Medicine (Cardiff) in 1992. He is a member of the European Academy of Dermatology and Venereology since 1993. He is the founding member of the Primary Care Dermatology Society of Ireland (1997) and the Primary Surgical Association (2012).

He is also on the board of directors of the International Society of Cryosurgery. He was director of the Tralee Family Planning Women’s Health Clinic for five years.

Dr Buckley has also travelled throughout Ireland and the world teaching and lecturing to doctors in the USA, Canada, China, Africa and a number of European countries. Dr Buckley has also written and presented on health related topics in the local and national media and national television. He has written a book for doctors on dermatology and has recently contributed a chapter to two major international textbooks on cryosurgery. Dr Buckley was most recently honoured by being invited to present a paper to the World Congress of Dermatology in Vancouver, Canada in June 2015 which was attended by more than fourteen-thousand dermatologists from all over the world. Dr Buckley has also written eight scientific papers which have been published in major national and international peer reviewed journals.

Dr Buckley has been secretary to the Kerry Hospice Foundation for the past twenty-five years and overseen the extension of the hospice care in Kerry which now includes very active homecare teams throughout the county and a purpose-built day-care unit on the grounds of Kerry General Hospital. Dr Buckley has a strong family tradition of medicine. His father, Dennis, was a GP in Tralee for almost 50 years. He also has a brother and sister in medicine. Dr Buckley is married to Áine, a lecturer in the Institute of Technology in Tralee and they have three children. Dr Buckley is a keen athlete and has run three marathons and a number of triathlons. He is also a keen sailor and has been racing his yacht ‘’Boojum’’ with a crew of seven at various regattas throughout the west coast of Ireland over the past number of years.

Make sure to sign up for our newsletter to be in with a chance to win a free Medicheck worth €180!

Gift vouchers for The Ashe Street Clinic and Kerry Skin Clinic make the perfect present - contact us for more details.

Make sure to sign up for our newsletter to be in with a chance to win a free Medicheck worth €180!

Gift vouchers for The Ashe Street Clinic and Kerry Skin Clinic make the perfect present - contact us for more details.

Complete confidentiality is assured at all times

We work with all major insurers

More information about the cookies we use - Learn more